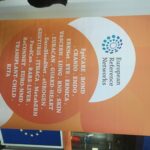 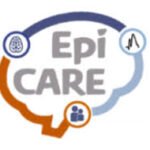 Patients face major challenges in diagnosis, treatment and care of their rare and complex conditions. ERNs are virtual networks that use a bespoke IT platform (CPMS – Clinical Patient Management System) and telemedicine tools to review patient cases. Where possible, they ensure that information travels rather than the patient.

As Prof Helen Cross (EpiCARE Coordinator) was away on business, our own Medical Advisor, Dr Sophia Varadkar led the EpiCARE ERN team at this event. 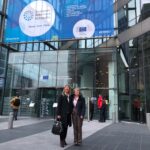 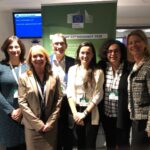 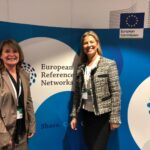 We were among 400 health professionals, researchers, patient representatives and policymakers gathered in Brussels for two full days of presentations and debate, driven by plenary sessions and eight parallel workshops. We were able to take advantage of networking opportunities throughout the conference, which was also streamed live online. The conference was hosted in one of the European Commission buildings and the facilities were state of the art– it was wonderful to be able to follow every speaker and their presentation clearly, from wherever you were in the room. Even delegates who asked questions during each session (myself included) had an individual microphone and we were beamed onto the big screen for all to see and hear! 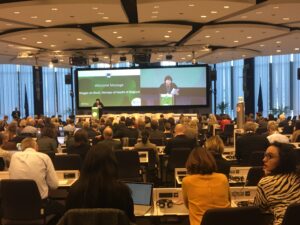 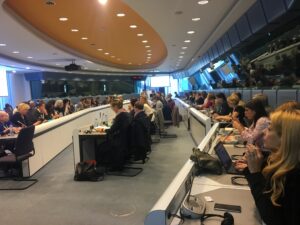 This event was an opportunity for representatives of all ERN’s to come together to discuss progress over the first 2 years and next steps – to ensure the successful future of ERN’s.

Note: I suggest you speak with your consultant i.e. your paediatrician, or neurologist not your GP about ERN’s.

At one of the parallel sessions I attended, patient representation was acknowledged as key to ERN’s because we add value by bringing the patient perspective and disease knowledge from living with a condition day-to-day. We are recognised as partners to co-produce knowledge and solutions and are fully included in ERN activities. It is wonderful to be part of what feels like a community of patients and clinicians really working together and listening to each other.

As a European Patient Advocate (EPAG) I wear a different hat to that I wear at home, as mum of a child with a rare disease, or even as Trustee of a rare disease patient organisation for Ring Chromosome 20 Syndrome. For EpiCARE my role is much wider, to represent the views and needs of all patients with rare and complex epilepsies across Europe, such that EpiCARE can consider these in setting their goals for the future. The unique perspective that I bring to the table is that of ultra-rare diseases, those where there is limited robust medical literature, patient registries and/or clinical trials and where funding to redress this imbalance is limited if non-existent. Guidelines for these rare diseases, r(20) included, cannot be created due to insufficient quality and evidence available – yet doctors use guidelines to treat patients effectively. In this parallel session I questioned whether it should be the role of rare disease patient organisations to fund this gap in knowledge and further that for some ultra-rare diseases no patient organisation even exists, so this would not even be possible? I met with some support which is encouraging and which I will follow up…

Some 252 patients have benefited from virtual consultations so far, about 25 from EpiCARE. It is early days, but these numbers are intended to grow with initiatives to increase capacity and overcome some of the initial obstacles of the CPMS system such as sharing of video EEG’s – critical to discussion of some rare epilepsy cases. Use of CPMS is one of the ways ERN’s are monitored for success, but it will likely only be a very small fraction of the many rare disease patients that are actively discussed in these virtual consultation panels, calling together experts in the rare disease from across Europe.

Some ERN’s are already using the IT platform CPMS) to create webinar’s on specific rare conditions; a very powerful tool for education and training in rare diseases. Perhaps one day there could be a webinar on r(20) – who knows?

As an example of cross-border collaboration and how ERN’s can really make a difference, EpiCARE features in the new EU protects campaign. The film shows how the EpiCARE surgical epilepsy (e-pilpesy) network and case discussion seminars helped a 4 years old Finnish boy, Onni, with hypothalamic hamartoma (HH) – a rare epilepsy. This video was showcased at the conference and something for which EpiCARE are extremely proud. It’s a lovely video!

Towards the end of the 2nd day, we had a breakout session with a software provider to talk about a solution for patient pseudonymisation, vital for building our patient registry, which I continue to help the e-Database working group, utilising my professional skills of business analysis and project management. One of the speakers even made a statement that ERN’s should make good use of the plethora of free professional skills they have available to them in their EPAG’s such as engineering, business management, finance etc..

Before we left the conference Dr Sophia Varadkar gathered the EpiCARE team together and we agreed key themes and actions to take away for the wider steering group consideration in shaping future objectives and activities.

I really felt included as part of the EpiCARE team, able to share my thoughts and ideas from what I heard and bring the all important patient perspective, as did Isabella, who even participated and spoke on one of the parallel panel sessions. Its a privilege to be involved in EpiCARE and to be deputy coordinator for our group of patient advocates  (EPAG) from across Europe. Together we can make a difference!