More personal stories from our member families sharing what its like living with r(20) syndrome.

Daan’s Story – a light that switches on when my brain switches off? 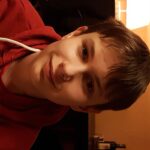 Epihunter CEO Tim shares his son Daan’s personal story with r(20) in this very first epihunter blogpost: “Dad, can you create a light that turns on when my brain switches off?” https://hubs.ly/H09M2WT0. 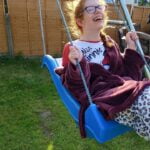 The first sign was when I was 22 weeks pregnant and the baby wasn’t growing as it should. Rachel was born 2 weeks late and weighed only 5lb. When she was born I thought something was wrong; she didn’t look anything like my other children. As the weeks passed I went to our general practitioner, who examined her and didn’t think there was anything wrong but referred her to a consultant who, after blood tests, found that Rachel had r(20) syndrome. 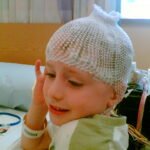 Kieran wired up for an EEG

Tamzin would like to share her son’s story with you because of the way he was diagnosed with r(20).

My son, Kieran had his first seizure when he was 4, it was an absence seizure
and another about 6 weeks later. As he had experienced 2 seizures the battery
of testing began to see what was happening. EEG, MRI and blood tests… 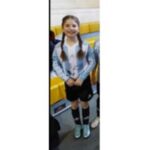 Our little girl Jessica, age 9, was diagnosed with Ring20 (mosaic) in August 2015
following a period of seizure activity that commenced February 2015. Prior to this,
Jessica was a very fit and active little girl. 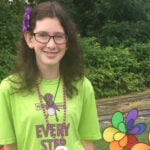 It just didn’t make sense, the constant tiredness, being lost in school, the pauses
when she talked. I had never seen anything like that. But, my mom-gut was telling
me that something wasn’t as it should be for my 11 1/2 year old daughter.