Epilepsy is a condition that affects the brain. When someone has epilepsy, it means they have a tendency to have epileptic seizures.

Anyone can have a one-off seizure, but this doesn’t always mean they have epilepsy. Epilepsy is usually only diagnosed if a doctor thinks there’s a high chance that the person could have more seizures.

Epilepsy can start at any age and there are many different types. Some types of epilepsy last for a limited time and the person eventually stops having seizures. But for many people epilepsy is a life-long condition. 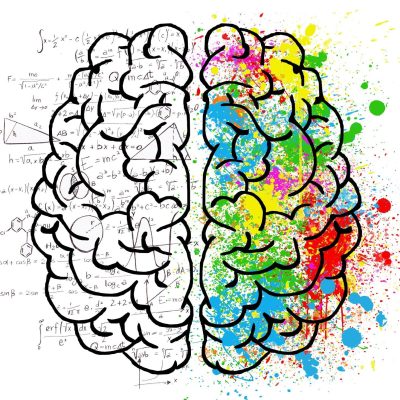 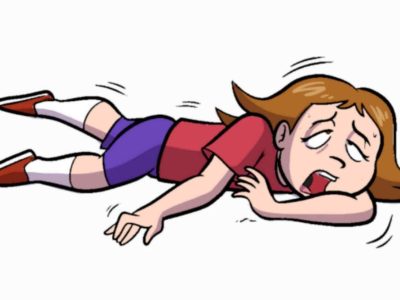 What are epileptic seizures?

There are many different types of seizure. What happens to someone during a seizure depends on which part of their brain is affected, and how far the seizure activity spreads. During some types of seizure the person may remain alert and aware of what’s going on around them, and with other types they may lose awareness. They may have unusual sensations, feelings or movements. Or they may go stiff, fall to the floor or jerk.

Epilepsy is the most common neurological condition, however epilepsy is not a single disease. For around 30-40% of people with epilepsy, their seizures remain resistant to treatment  – you may hear the term ‘refractory’ or ‘difficult to treat’ epilepsy. There are in fact over 100 different rare and complex epilepsies currently defined which are each individual rare diseases in their own right – sometimes referred to as the ‘epilepsies’. Each of the ‘epilepsies’ may be classified under one or more of the following aetiologies, dependent on the cause(s) of the disease: 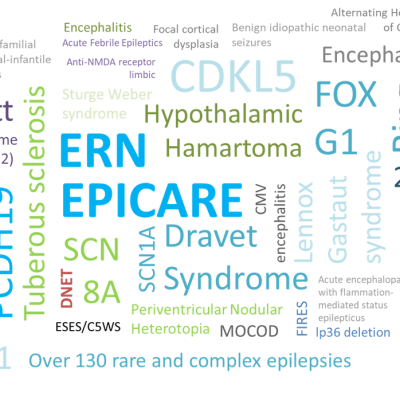 r(20) syndrome is a rare type of genetic epilepsy. Due to the ring formation of the chromosome, r(20) syndrome is also classed as a complex Copy Number Variant (CNV) alongside diseases with rings on other pairs of the 23 chromosomes. Complex CNV’s are much harder to research than single gene mutations where a specific pathogenic (disease causing) gene can be targeted for treatment.

We know that people with r(20) syndrome share a chromosomal anomaly, with one of each pair of the 20th chromosome formed in a ring shape in some of all of the cells in their body. Some people with r(20) syndrome (mostly those who are non-mosaic, with rings in 100% of their cells) have a detectable variant in their chromosome, with a piece of genetic material missing, but the deleted piece of DNA is not the same for everyone. Also a few people who have mosaic r(20) syndrome also have a detectable deletion in their DNA, but most don’t have any detectable deletions. Yet, everyone with a diagnosis of  r(20) syndrome shares similar symptoms particularly the more unusual hallucinogenic seizures and prolonged bouts of confusion (NSCE) – albeit across quite a broad spectrum.

What we don’t yet know is why the two ends of chromosome 20 stick together to form the ring shape and why the ring causes seizures and other symptoms (cognitive decline and behaviour disorder). If we can find the answers to these questions, then perhaps we might find clues as to what more targeted and potentially more successful treatment options might look like in the future.

Epileptic Encephalopathy is when the epileptic activity and seizures contribute to more severe cognitive and behavioural impairments than would be expected from the underlying cause alone. 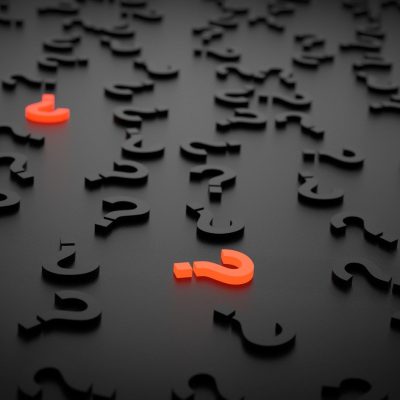 Is r(20) syndrome linked to any other epilepsy syndromes?

Epilepsies can be defined as syndromes based on the different seizure types, EEG patterns, age of onset or based on the cause, if known, as well as associated co-morbidities. 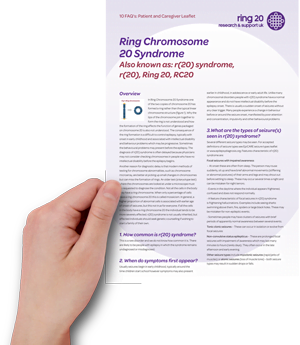